If there’s an Vicostone account linked to this email address, we’ll send over instructions to reset your password.

Email address already exists, please choose another one!
The email you input is invalid
Please input valid email!
Name is required!
Password is required!
Please tell us about yourself

Now that you’re all signed up, let’s personalize your experience.

Enter your email address below and we’ll get you back on track.

Recently, VICOSTONE - a subsidiary of Phenikaa Group (listing code: VCS) has been named on the list of  “Top 100 largestpublic-listed companies” in Viet Nam according to Forbes Viet Nam’s disclosure for the first time.

According to Forbes Viet Nam, the ranking included 65 companies from HSX, 23 from UPCoM, and 7 from HNX, with the rest of unlisted companies. 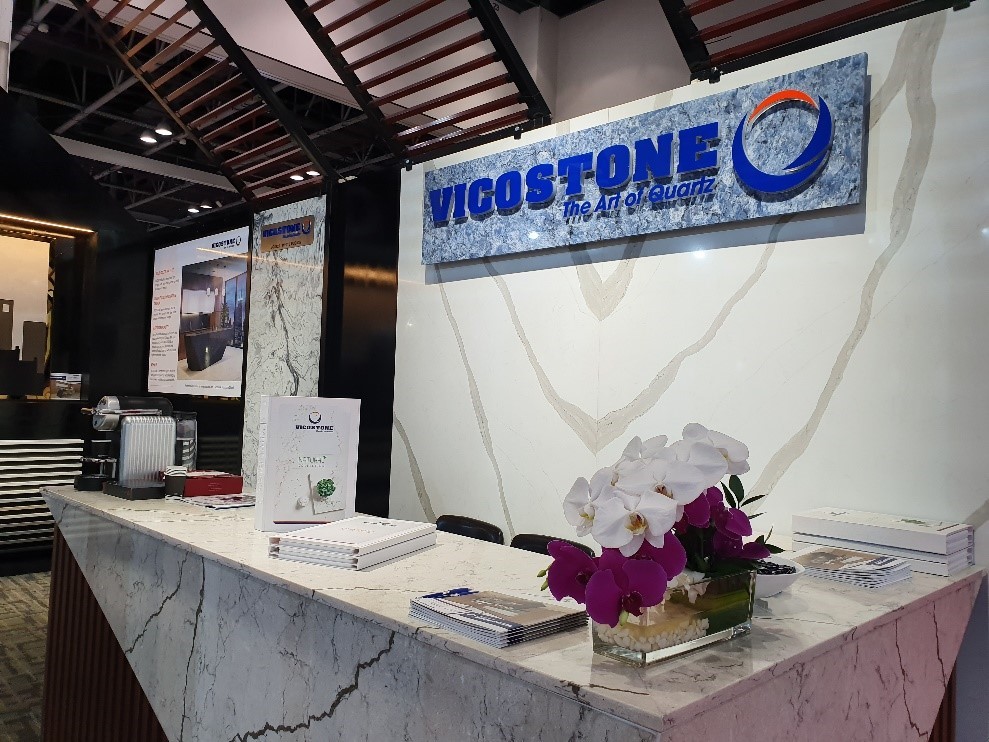 Beside the fast growth on the domestic market, VICOSTONE has been also active in brand promotion and foreign market expansion activities. One of recent international activities was taking place  at the Middle East Stone exhibition, Dubai, UAE (the image)

Honored by Forbes Viet Nam's ranking, VICOSTONE shows its appropriate development strategy that the company has taken. It is a recognition of the company's positive, sustainable sales position, its contributions to the development of the Vietnamese economy, as well as its standing in the construction, material production, and real estate industries. This is the opportunity to further promote the VICOSTONE brand both domestically and internationally.

Forbes Viet Nam uses the same method for evaluating its ranking as the Global 2000 by Forbes USA. In the first phase, a compilation of public companies was made, including joint stock companies with over 100 shareholders that are unlisted, or listed on the HSX, HNX and UPCoM exchange. Next, financial data on total sales, profits, assets and capitalization are consolidated based on the most recent audited annual financial report - 2018.

Check here for the latest news and events, to keep you updated with relevant information regarding our company and products.

Vicostone commits to creating and maintaining a sustainable working environment for our employees. We always encourage employees to develop their potential to get more experience and higher promotion at work.

Careers
Over 120 designs for every style

VICOSTONE's rich color palette inspires you to express your unique and creative style.

Select a room and visualize your dream home by clicking on the surface and choosing the designs you want.

Discover
WHERE TO BUY

Find a store near you