If there’s an Vicostone account linked to this email address, we’ll send over instructions to reset your password.

Email address already exists, please choose another one!
The email you input is invalid
Please input valid email!
Name is required!
Password is required!
Please tell us about yourself

Now that you’re all signed up, let’s personalize your experience.

Enter your email address below and we’ll get you back on track.

Vicostone Joint Stock Company (VCS), a member of PHENIKAA Group, is one of the five listed companies on Hanoi Stock Exchange (HNX) named in the"50 Best Listed Companies" ranked by Forbes Vietnam. This is the fifth consecutive time Vicostone Joint Stock Company is ranked in this list based on the evaluation results of the remarkable indicators of revenue, ROE, ROC, EPS growth as well as contribution to the development of the economy and society for the period of 5 years. 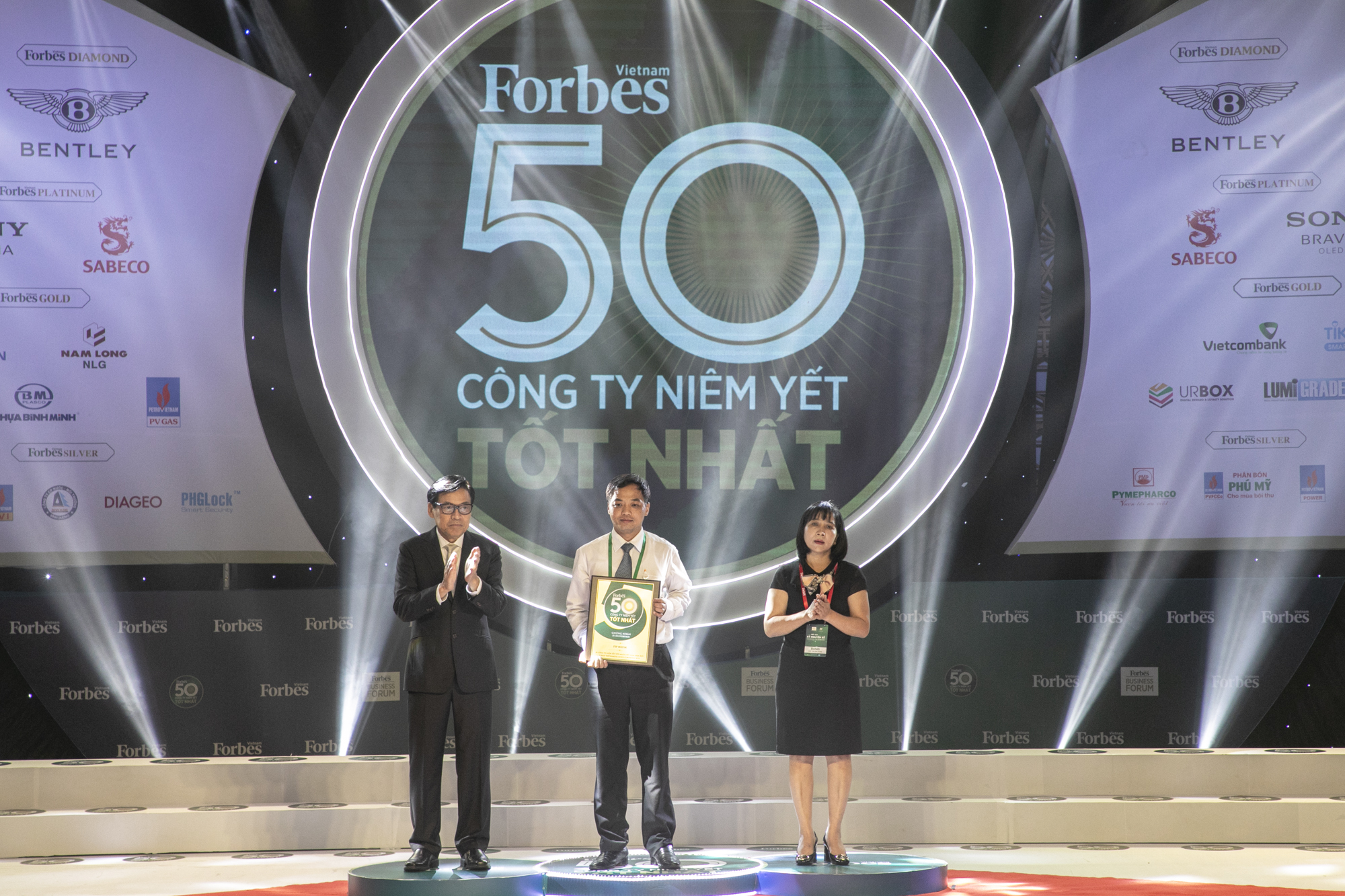 Mr. Pham Anh Tuan, General Director of VICOSTONE said, “2018 marks VICOSTONE's impressive business results during the five years from 2014 to 2018. Compounded Annual Growth rate (CAGR) of before-tax revenue and profit during this period was approximately 30% and 80% respectively. Dividends of this period reach from 20% to 40%. This is a high level compared to the average market of construction materials industry in particular and Vietnam's stock market in general in the context of complicated economic developments. The recognition of Forbes Vietnam has a great meaning to VICOSTONE's efforts maintaining the position of the world's leading and premium quartz brand. This is also a concrete statement to brand values and BOD’s strategy in production and business activities, contributing to the national economic development.” 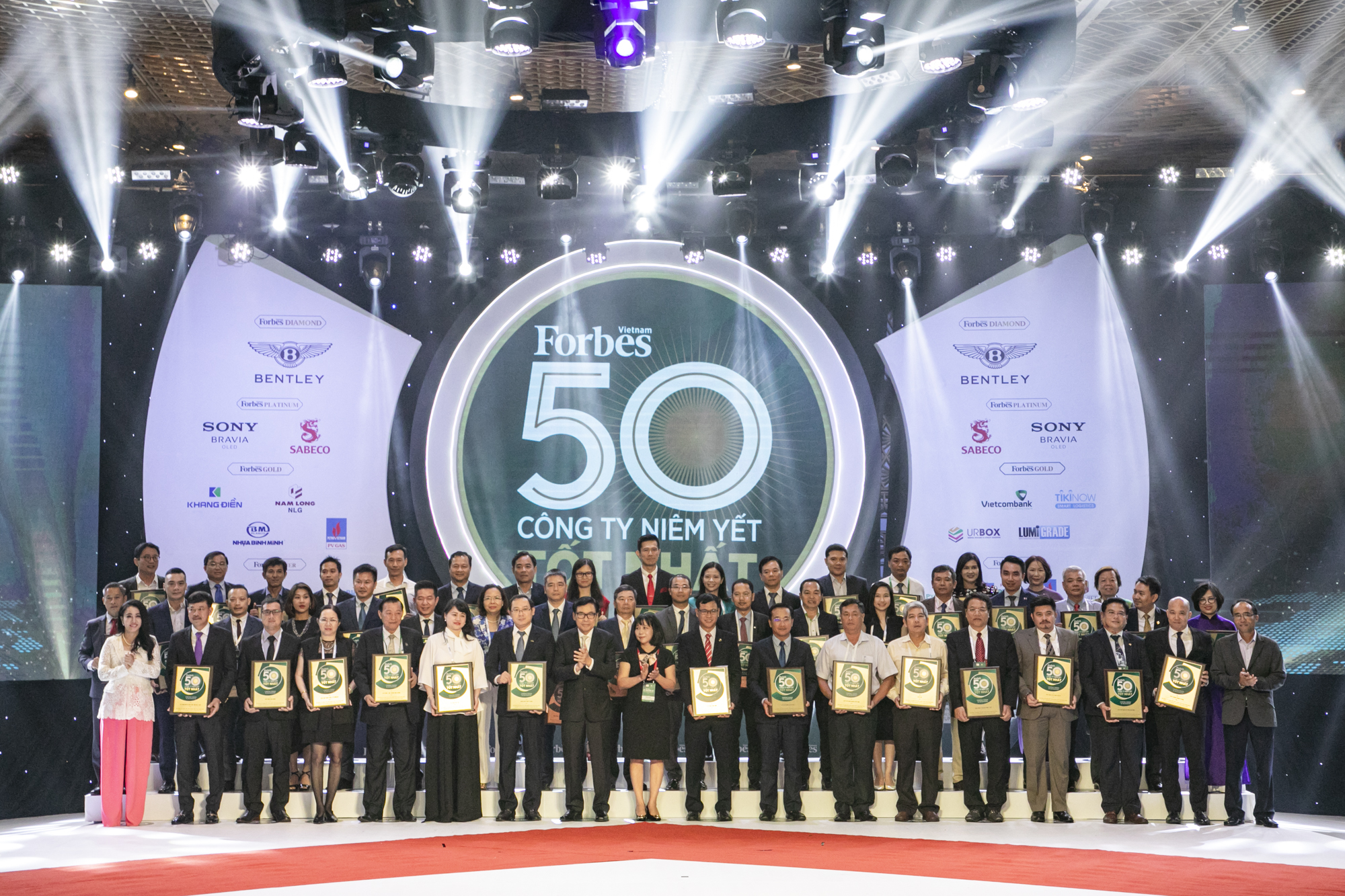 In 2018, VICOSTONE's total revenue is VND 4,564.50 billion. The average income of nearly 700 employees is over 18.68 million VND / person / month, up 9.74% compared to 2017. Generally for the first 6 months of 2019, VICOSTONE reached 2,539.72 billion dong of total revenue, an increase of 17% over the same period, and a net profit of VND 670.25 billion, an increase of 29% compared to the first half of 2018. Basic earnings per share (EPS) is VND 3,933. In addition, VICOSTONE has completed the transaction of transferring all contributed capital of Phuong Hoang Xanh A&A JSC at Phenikaa Hue Mineral Investment and Processing Company.

Regarding the selection of "Top 50 Best Listed Companies in Vietnam", Forbes Vietnam uses the Forbes (US) ranking method, taking into consideration the context of listed companies in Vietnam. The data used for the assessment is based on the audited financial statements of the five consecutive years of the period 2014-2018. The companies selected on the list must have notable double growth indicators of revenue, ROE, ROC, EPS growth. These companies need to create more jobs for workers, benefits for shareholders and investors, as well as contribute positively to the national economic development.

Check here for the latest news and events, to keep you updated with relevant information regarding our company and products.

Vicostone commits to creating and maintaining a sustainable working environment for our employees. We always encourage employees to develop their potential to get more experience and higher promotion at work.

Careers
Over 120 designs for every style

VICOSTONE's rich color palette inspires you to express your unique and creative style.

Select a room and visualize your dream home by clicking on the surface and choosing the designs you want.

Discover
WHERE TO BUY

Find a store near you